Since 1 May 2020, you can find our Pfunds soap shop right next to the “Most beautiful milk shop in the world”. Here you will find many products to offer you and your body a daily wellness programme without having to leave your own home.

As soon as you enter our soap shop, you are surrounded by the pleasant scent of many different soaps. A paradise for the sense of smell that invites you to linger. In addition, our shop is furnished with great attention to detail and there is something to discover in every corner.

In our assortment you will find mainly solid soaps, which already played an important role in the history of the Pfunds dairy and are still very popular today. 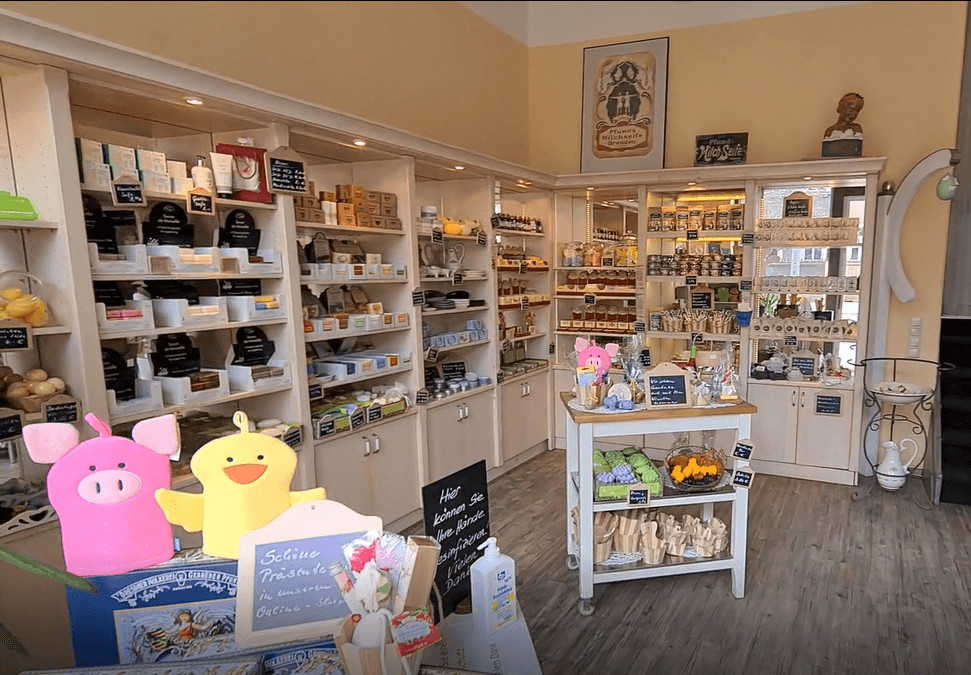 Sometimes it’s time to take time out.
When it comes to rest, it’s not so much what you do, but what’s good for your body. 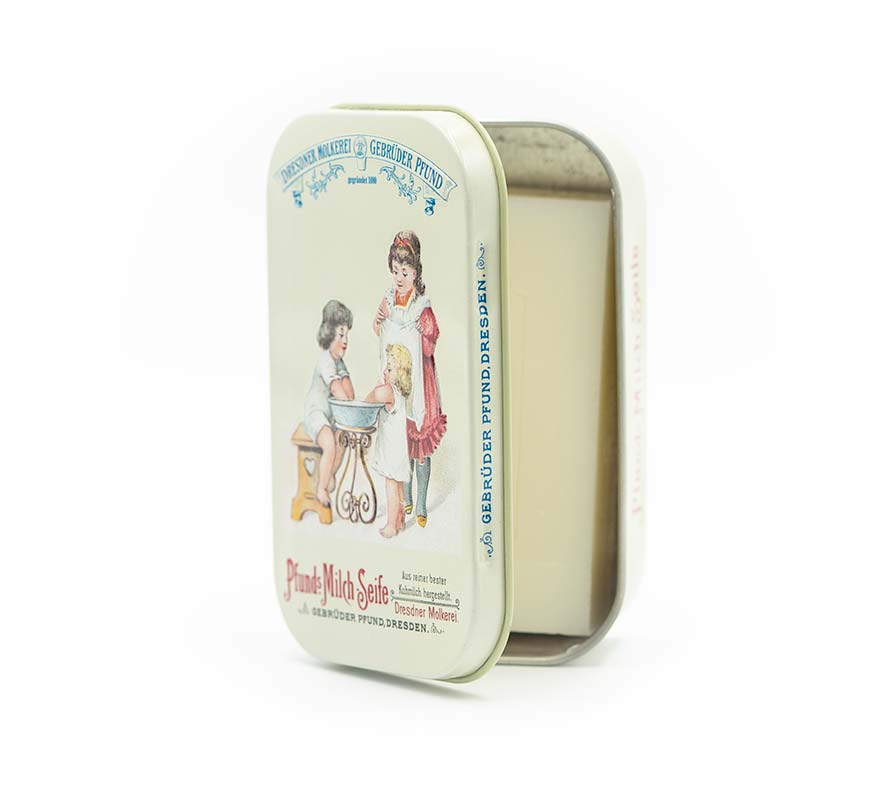 Our soap is made according to an original recipe by the Pfund brothers. 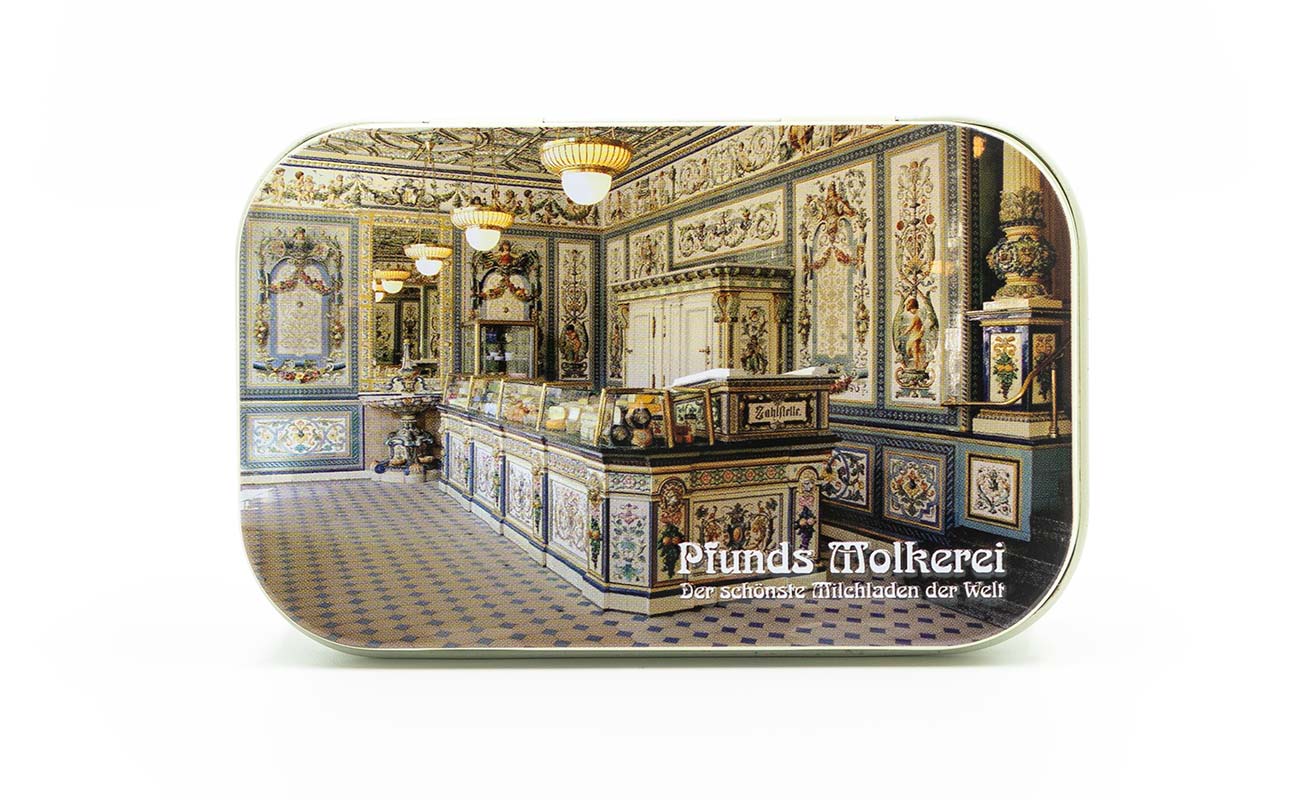 Milk soap in a tin

Our milk soap is available in a beautifully designed metal tin or in small gift boxes decorated with historical advertising motifs.

The soap - then and now

We humans have been using soap for thousands of years. Around 4,500 BC, a predecessor of today’s soap was developed and the recipe was immortalised on a clay tablet. At that time, however, this soap was not used for cleaning but as a remedy.

Time and again, the soap experienced an upward and downward trend, but was never completely forgotten. Many eras later, soap is once again an important part of our society, even if the recipe has changed a lot over the past years.

The Pfund brothers also got involved in soap production. The first production of “Pfunds Milk Soap” in 1892 was a complete success. Within a very short time, the milk soap became established not only in Germany but throughout Europe. The recipe is still used today for the production of the soap and enjoys great popularity then as now.

For care from head to toe. We have a wide range of soaps on offer as well as various accessories and decorative items.

Gentle to the skin

Through the use of nourishing oils, which have a moisturising effect, your skin is supplied with all the important active ingredients.

for the little ones

Whether motif washing gloves or bath confetti – we also have various articles on offer for children that promise a lot of bathing fun.

Impressions from our Pfunds soap shop 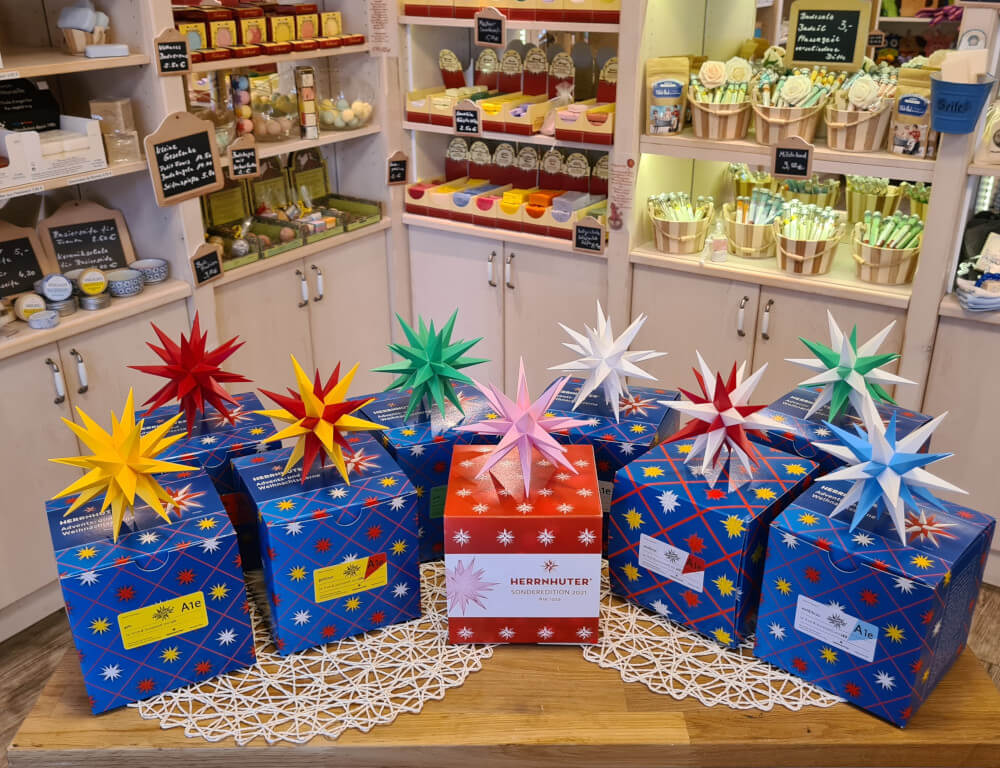 In addition to our extensive range of soaps, we also have the original Herrnhut stars on offer. These are especially popular at Christmas time, but you can use them all year round. Whether in the living room or on the balcony. These stars are always an eye-catcher and fill every room with a pleasant light.

We have various stars for indoors and outdoors on offer. A special highlight every year is the special edition, which we usually have on offer from July/August. 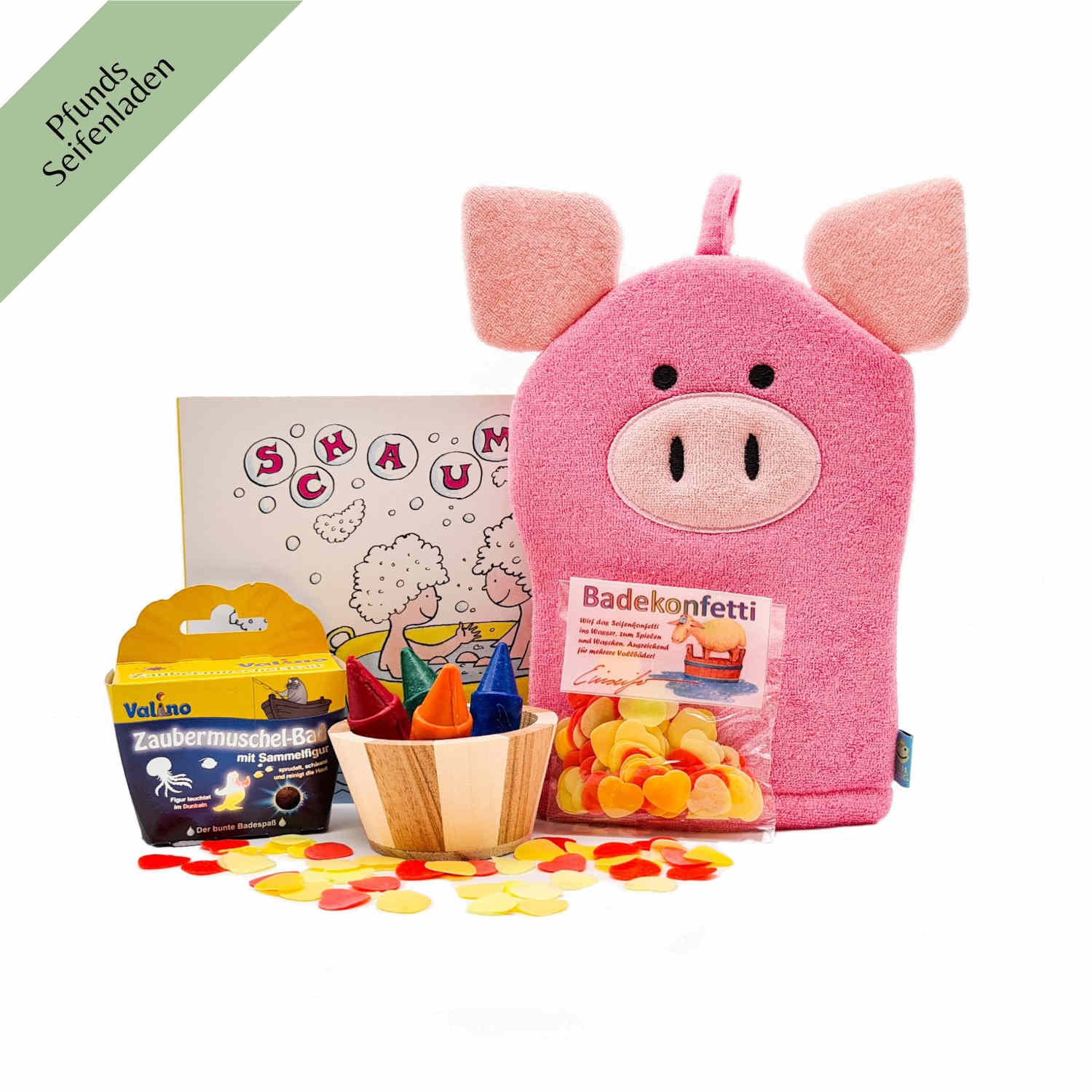 In our online shop you will find a selection of products from the Pfunds Soap Shop.

To the online shop 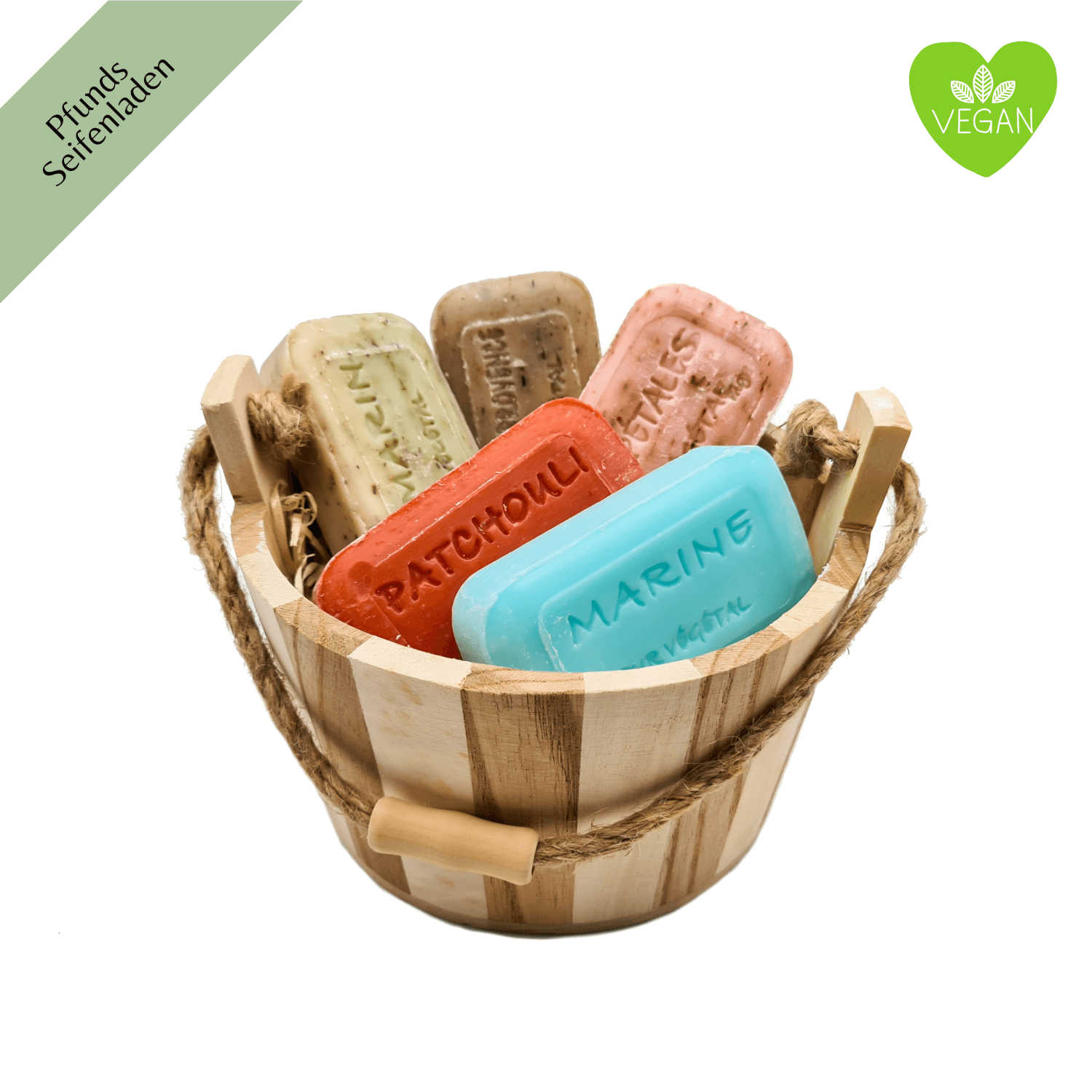